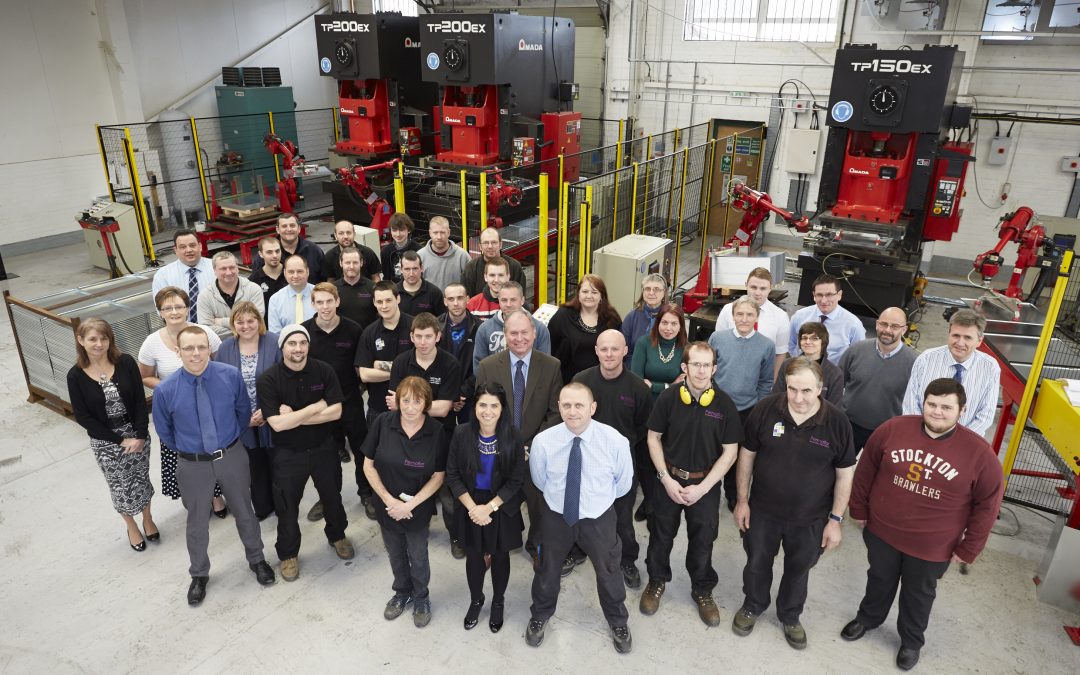 Permaflor the UK’s largest independent manufacturer of raised accessed flooring systems, suffered a catastrophic fire in April 2013. Despite the complete destruction of their production facility, the directors of the company promised their customers they would rise from the ashes.

Within hours of the fire Permaflor was identifying new premises and facilities, whilst taking immediate steps to ensure customer expectations could be fulfilled.

Fortunately all company data was hosted remotely off-site, through their sister company Databax, who provide cloud and offsite hosting solutions. They quickly provided the necessary IT support to ensure all records could be accessed without interruption, which proved to be invaluable, in helping Permaflor to maintain business as usual. The insurers and loss adjusters appreciated the leading position Permaflor has within the industry and provided the necessary support to get the production lines working, as soon as possible.

As a consequence of the fire, the company experienced a significant fall in turnover and needed to move extremely quickly and effectively to restore and regain customer confidence.

Given the urgency of the situation, a number of agencies were invited to submit proposals at very short notice, for a marketing campaign that would help Permaflor recover lost sales as quickly as possible. IQ Media was selected as their proposal was based on a digital marketing campaign, rather than a traditional advertising and PR campaign. This approach was chosen because it would have an immediate impact and deliver measurable results upon which the campaign could be developed.

Simon Poyser Managing Director of iQ Media explains their approach ‘Although time was clearly of the essence, rather than launch straight into the campaign, we felt it was essential to undertake a quick strategic review, to fully understand the business and its market opportunity. This was achieved by holding an ‘anything goes’  brainstorm session with the management and sales team.  Key areas such as customer segments, value propositions and the relationship with customers were considered, whilst setting some targets for both profitability and turnover. This was then reviewed and developed into a marketing plan by IQ Media, with a number of key actions to achieve the targets. ‘

This approach proved to be invaluable as it highlighted the key strengths of the business. This led to the development of its key proposition and delivery of the key messages through the creation of effective digital marketing collateral. The brainstorm session also identified a number of new customer segments along with an increased range of tailored services.

The campaign involved building and launching a new website for Permaflor, to firstly refresh its online presence and reinforce that it was very much open for business. A video was produced with the Director / General Manager providing a very personal statement to customers and suppliers, to thank them for their support, whilst showcasing the new production facilities.

This was used as part of an extensive  e marketing  and subsequent telemarketing campaign to update existing and prospective customers on Permaflor’s recovery and new offering.

The campaign managed to restore and double the post fire monthly turnover within two monthsof launch. This was achieved by not only increasing the quantity of orders, but also through revisiting the target market and the proposition which significantly increased the value of the orders. Visitor numbers to the website and inbound orders were more than trebled and the time spent on the website by visitors has doubled.

Permaflor has now fully recovered from the fire in just under 6 months and the company has a healthier order book than prior to the fire.

You may have missed…